The same-origin policy is an important concept in the web application security model. The policy permits scripts running on pages originating from the same site.


For this example I will use Facebook Video preview box to trigger this Flash XSS. (Fortunately Faceboook use attachment.fbsbx.com ) 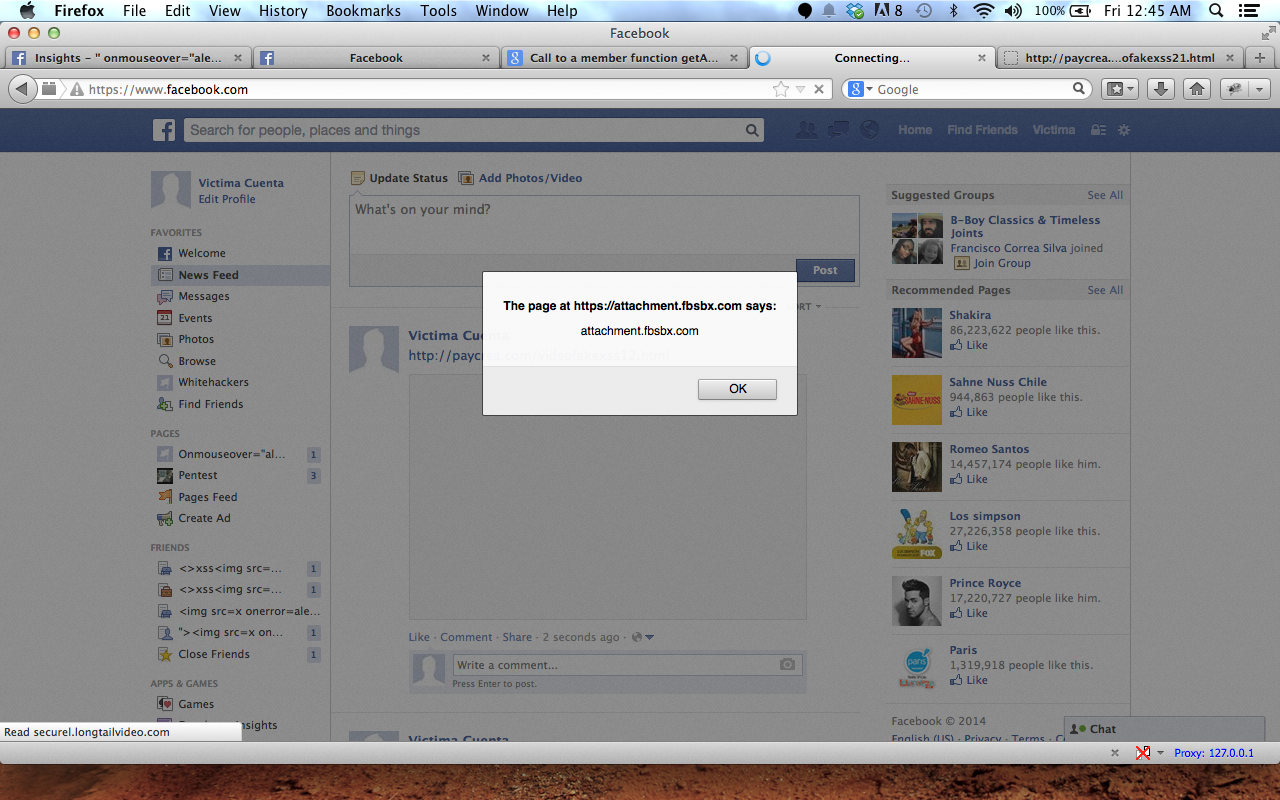 I report this to Facebook and this was the response: 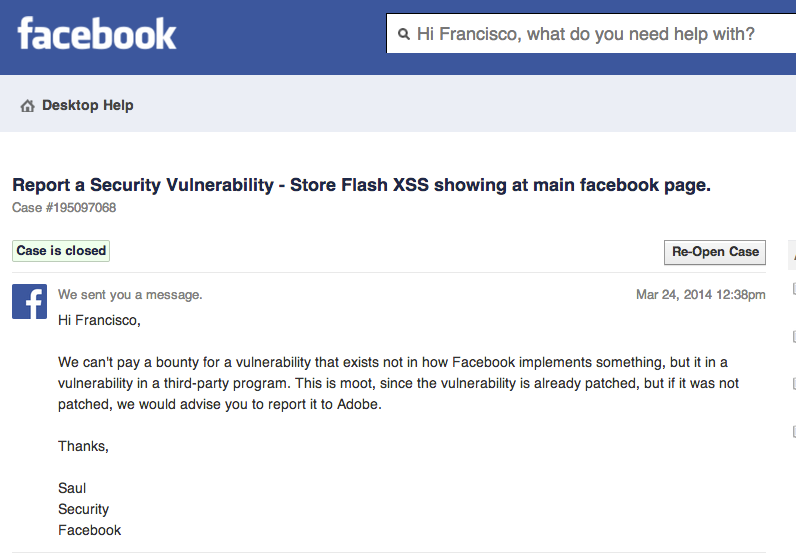 And me as a good bounty hunter I report to Adobe:

After doing a bit of looking I found that o-minds.com have a report bug page and here is their response:

I reply to them and after that I didn't receive a response.


My conclusion:
External Addons can bypass Flash "Same Origin Policy" by adding a files to flash trust directory allowing all Script Access ignoring the Same Origin Policy and this happen without the user knowledge.

This bug still works and apparently is not geting fixed soon.


Popular posts from this blog

May 17, 2017
Hi everyone, Today, I'm going to share how I found a Local File Inclusion that affected companies like Facebook, Linkedin, Dropbox and many others. The LFI was located at the cloud system of Oracle Responsys. For those who do not know Responsys is an enterprise-scale cloud-based business to consumer (B2C). Responsys gives every Business their own "private IP" to use the system in a private way. Business are not sharing IP with other companies.) How did I found this bug? Well as usual I was looking for bugs and I note that Facebook was sending me developer emails from the subdomain em. facebookmail.com. For example on my inbox, I had emails from fbdev@em.facebookmail.com This got me interested on the subdomain em.facebookmail.com and after a quick DIG I note that this subdomain was connected to "Responsys" which I had previously seen in other Pentests Responsys is providing em.facebookmail.com with the email services as you can see above. T
Read more

May 20, 2014
Google Shopping Express   is a same-day shopping service ("shop local stores online and get items delivered on the same day") from   Google   that was launched on a free trial basis in   San Francisco   and   Silicon Valley   in spring 2013 and publicly in September that year. This store XSS was showing at "Shopping Express Checkout" and by adding payload on the parameter "City" in wallet.google.com I could bypass restrictions and trigger this XSS back on Google Checkout. Image of Proof: This XSS was trigger just before paying pretty handy don't you think? Well I report this to Google Security Team and they reply very quick. Fixing this bug within a week: I'm very happy to be back on Google Hall of Fame and I like to thanks Google Security Team for the reward. I create a video reproducing this XSS:
Read more

Store XSS on Main page of Flickr.com and Mobile Inteface

October 04, 2014
Flickr is an image hosting and video hosting website, and web services suite that was created by Ludicorp in 2004 and acquired by Yahoo in 2005.  Flickr had a total of 87 million registered members and more than 3.5 million new images uploaded daily. In August 2011 the site reported that it was hosting more than 6 billion images and this number continues to grow steadily according to reporting sources. I start doing my security research on flickr.com and I found some cool bugs but this XSS was my favorite because the XSS was showing on Flickr main page and on the Mobile interface at m. flickr.com.   Affecting millions of users for sure..   This attack works by inviting the Victim to a group. The XSS  loads when the victim get notify about a group invitation. Making this XSS very dangerous and perfect to target specific people or people in general. I report this two bugs to Yahoo Security team and I got two nice reward. Thanks Yahoo security Team! Video: Soon.
Read more